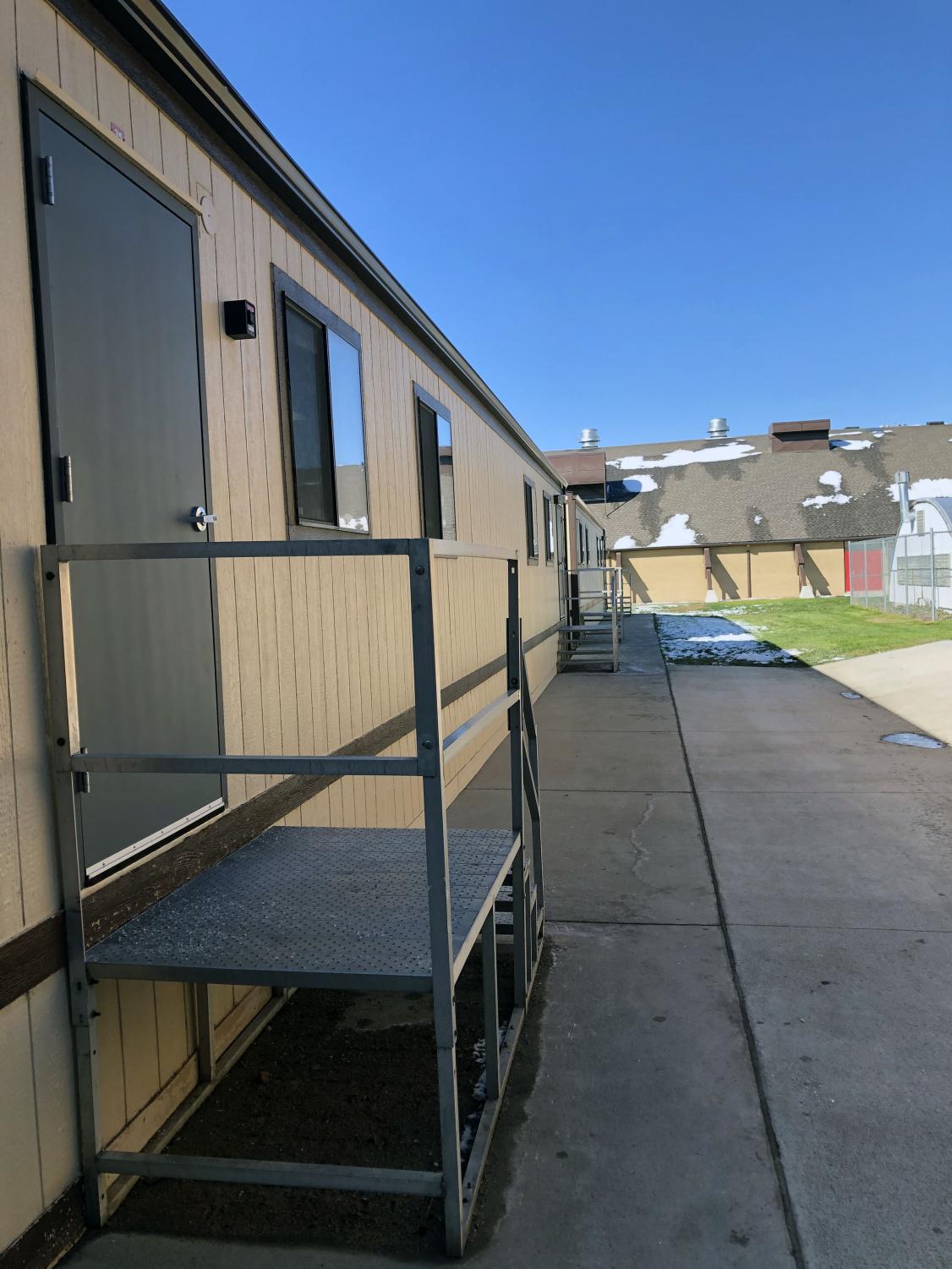 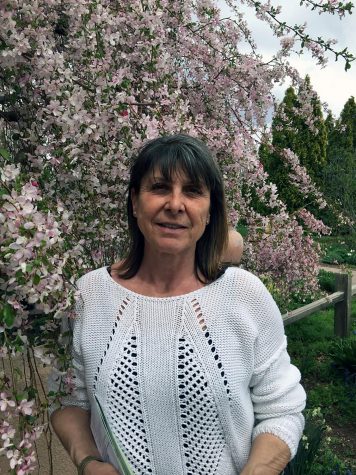 Mrs. Manela is here to educate the masses on french. Mandela was“born and raised” in Geneva Switzerland”(Geneva being the official french-speaking part of Switzerland) and came to the U.S. When she came to the united states she got married and had 3 boys and was a stay at home mother.

”When they all started to ‘”fly on their own”’ she went back to get her bachelor’s degree and got her teaching credits at CSU. She proceeded with a Master’s degree in French culture and literature to learn the intricacies of the evolution of the French language. Because she volunteered often and was involved in her teacher’s schooling, she got a passion/love for being in a classroom.

Manuela said “I love spreading my language, my culture, and seeing students I work with learning a language that is the third most widely used language in the world”

Spanish teacher from Aims comes to teach in modular 4 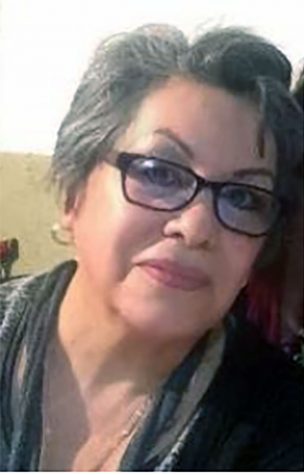 Erendira Leal joined the foreign language department this year as Eaton’s newest Spanish teacher. Leal,said she is  “excited to continue teaching Spanish and share the Hispanic Civilization and Culture”. Mrs. Leal is from Mexico and came here after marrying a UNC Professor Carlos Leal in 2009. Prior to that, Leal said she, “Lived studied and worked in Mexico” and her complete family lives there. She says that although she visits often, she misses them.

She has three daughters and five grandchildren and she lives in Greeley with her retired husband Carlos, her daughter Soraya who is a dance teacher, and their four dogs–one Jack Russell and three Schnauzers. Leal enjoys cooking Mexican food, embroidering, and cultivating her herbs and plants. Leal thinks the Colorado mountains and cold weather are “irresistible” and she finds inspiration from them to read and write in both languages. 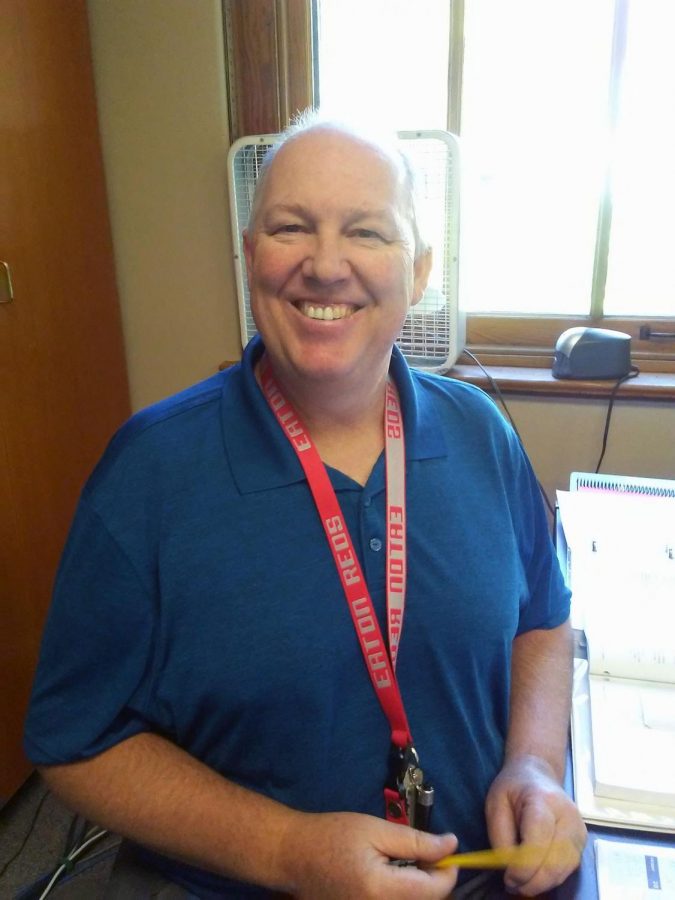 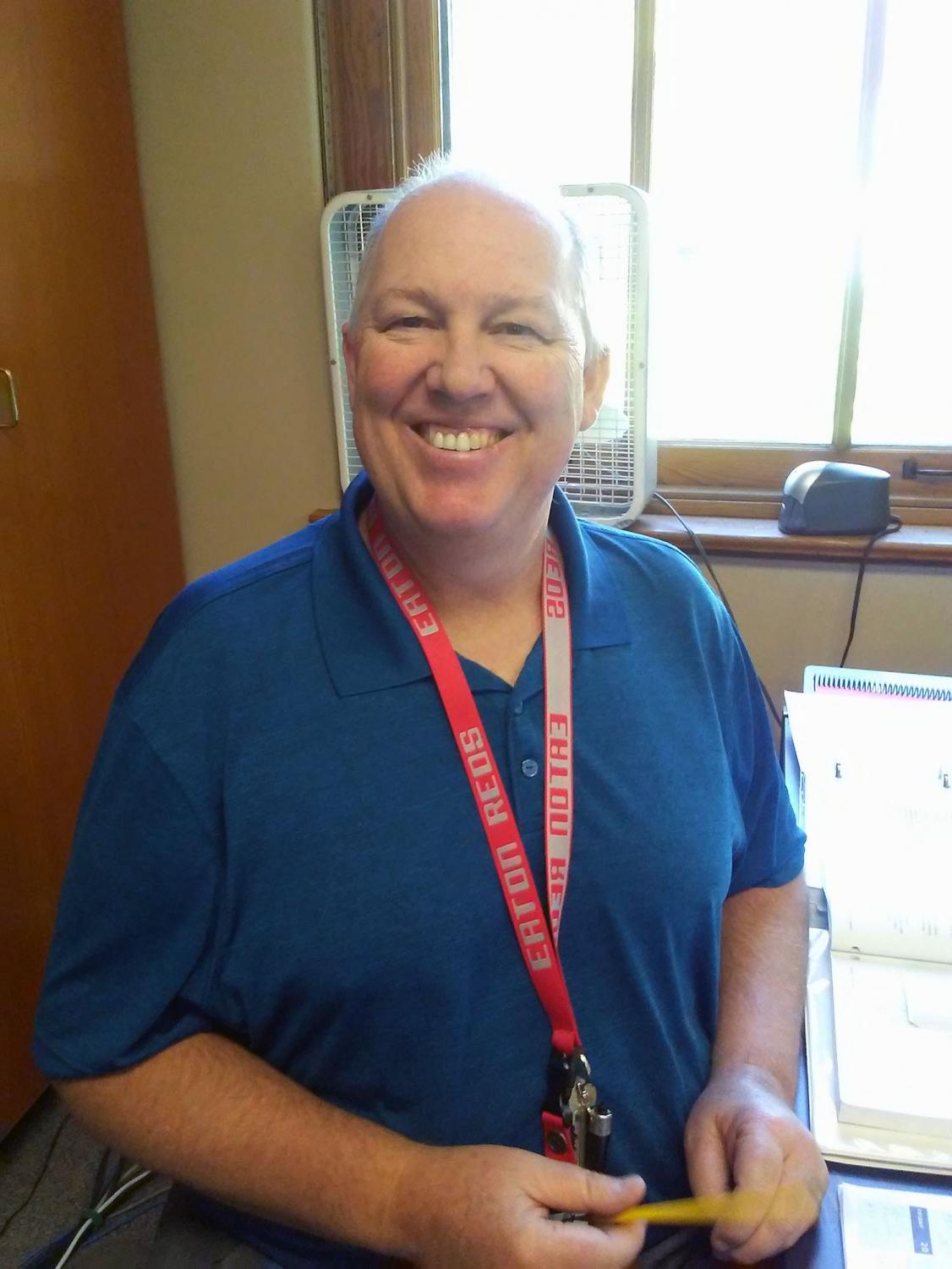 An electrical engineer has taken the new geometry and algebra teacher position, taking post in Mr. Kinny’s old room. Chris Watson, an “electrical engineer by trade,” is here this year to educate the masses of Eaton students on math. Watson grew up in North Dakota and was inspired to teach math from his engineering background. Before teaching Watson went to Bismarck Senior High school in North Dakota.

Then he went to Colorado State University and earned a bachelor’s degree in Electrical Engineering and a minor in Computer Science. After college Watson as an electrical engineer for Woodward Governor where he designed and tested components for a “fault-tolerant computer system” and he worked there for 25 years. Watson said his favorite part of math is the “logic behind it” how “there’s only one answer but hundreds of ways to get to it.

Watson says he enjoys travel and has been to most states in the US and Canada, some of Europe, some of the Middle East, most of Central America, Venezuela, Colombia, India Out of all of these Watson said his favorite has been Costa Rica but his favorite place he has been to is Costa Rica. Watson loves to garden and owns an orchid where he grows 10 varieties of apples, four varieties of pears, Asian pears, cherries, apricots, nectarines, four varieties of peaches, plums, and lots of berries and “It’s been a very busy year”.

Watson has three sons 18, 21, 24 all on the road to becoming engineers The oldest has graduated from CalTech and the middle son is going there now. The youngest is planning to go to CU next fall. Watson said he would like everyone to know that he is always there to help.