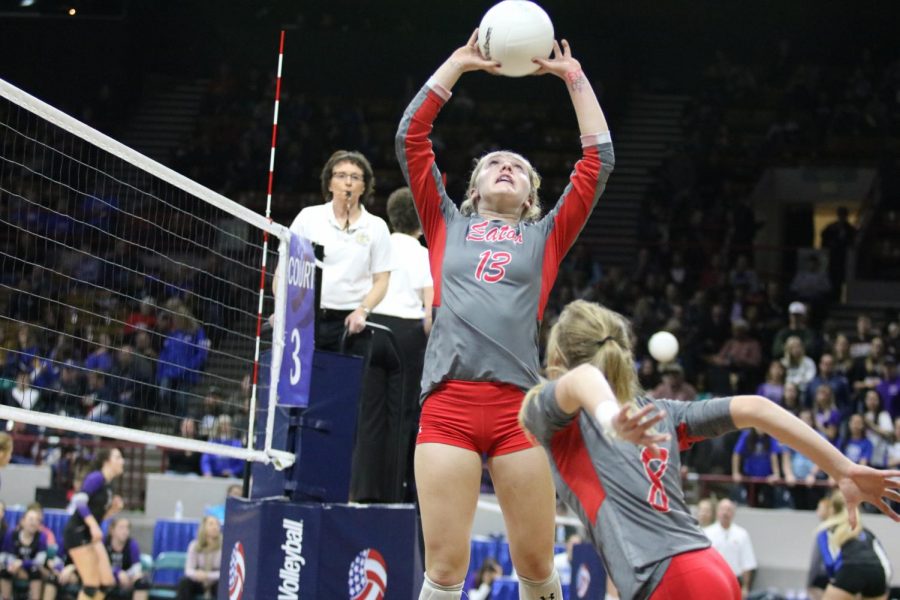 Eaton Reds Volleyball took third in State this year coming in as the eighth seed after beating Bishop Machebeuf, Lutheran, and Platte Valley into the semi-finals. After beating Lutheran once in the second round the Lions came back through the contender’s bracket and beat the Reds the second time in the semi-finals. Lutheran went on to the state championship against Colorado Springs Christian in a 3-1 win.

Losing in the Semi finals to a team that they already beat, left many seniors upset about the how CHSAA brackets was made. Hill(19) displayed her frustrations saying “I appreciate the fact they are trying to change it up, but there was not a lot of thought put in towards all the possible outcomes a team may go through and the unfairness some teams were set up for”.

Senior leader Quinci Johnson said, “I think the new CHSAA bracket is a good idea but needs some work. Double Elimination gives teams another chance to prove themselves but it’s unfair to teams like us that had to replay teams that they have already beat”.

Eaton came into the State Tournament as the eighth seed with a 15-8 record and had to play many tough teams to make it to the championship. In the first round the Reds played 9 seed Bishop Machebeuf and swept Bishop showing their dominance right off the bat with a sweep. In the second round Eaton played number-one seed Lutheran who came in 22-1 and beat them in a 3-1 win and gave them their second loss of their entire season. In the quarterfinals  Eaton played their rival Platte Valley, which was the only 3A team to beat Eaton in the season, and completely dismantled Platte Valley in a quick sweep.

Despite coming up short for the 6 straight championships the lady Reds finsished the season 18-9 and finished at 3rd in the tournament. They had a successful season still and suprised the entire state says Harris(19) “Even though we diddn’t get the win we wanted i wouldn’t have wanted to play with anyone else”.