Looking over the traditions and customs of St. Patty’s Day 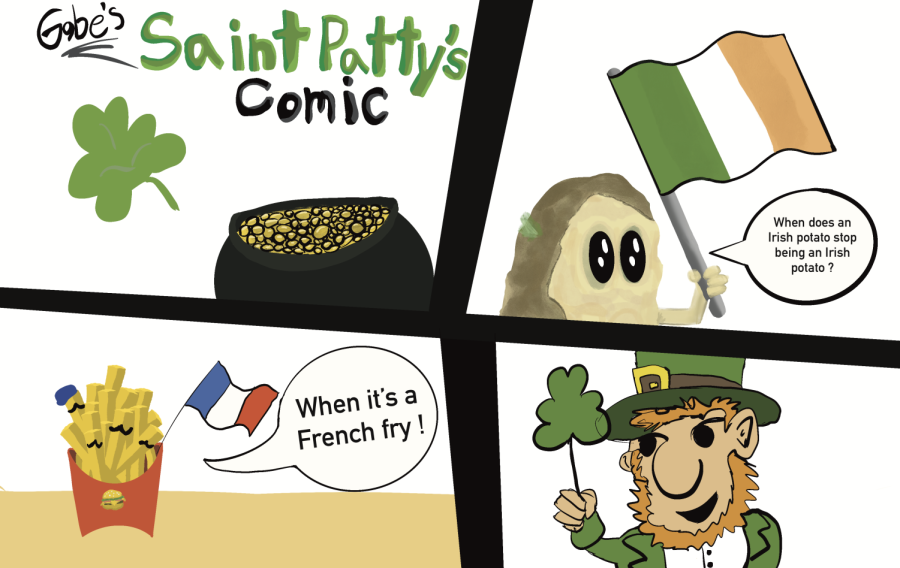 St. Patrick’s Day is most known for green, four-leaf clovers, and leprechauns. Each of these represents something different about the history of Ireland and St. Patrick’s Day. Since 1737 symbols have been used to celebrate this holiday. There are many reasons and events behind these, leading up to St Patrick’s Day that the world knows now.

The holiday originally started in Ireland where people would have religious services and feasts to honor St. Patrick. St. Patrick is a patron saint who is responsible for bringing Christianity to different parts of Ireland. Before he brought Ireland Christianity, the religion there was Pagan where they believed in gods and goddesses.

The many traditions that the world has during St. Patrick’s day went through many things to be the way they are today. According to some different sources, blue was the first color associated with the day rather than green. For the past 40 years though, green has been the official color of St. Patrick’s day. Green is one of the colors in Ireland’s tri-color flag, and it has been used in the flags of several Irish revolutionary groups throughout history. Ireland is the “Emerald Isle,” because of the green landscape that it has. Green is also the color of spring, the shamrock, and the Chicago River, which the Midwestern city has dyed green on St. Patrick’s Day.

Don’t forget to wear green when March 17 rolls around. If a person doesn’t wear green on St. Patrick’s Day, they might get pinched, but why pinch if they aren’t wearing green. It represents leprechauns and other fairies that would sneak up on someone and pinch them if they aren’t wearing any green. It is known by some people that green makes people invisible to different types of fairies. Taylor Ross (25) said, “I always somehow find a way to prove I’m wearing green on St. Patrick’s Day, just so that I don’t get pinched.”

St. Patrick’s day is full of many traditions that have a deeper meaning to celebrate a patron saint, Maewyn Succat. Having feasts, wearing green, and trying to catch leprechauns are all ways to celebrate St. Patrick bringing Christianity from other parts of the world to Ireland. Teacher Abigail Duncan responded when asked if she has always participated in some of the traditions we have in America. She said, “Growing up we had St. Patrick’s Day dinner, corn beef, and cabbage, and also we had something called colcannon soup because my mom was mostly Irish.”