Netflix series highlights the bribery between parents and colleges 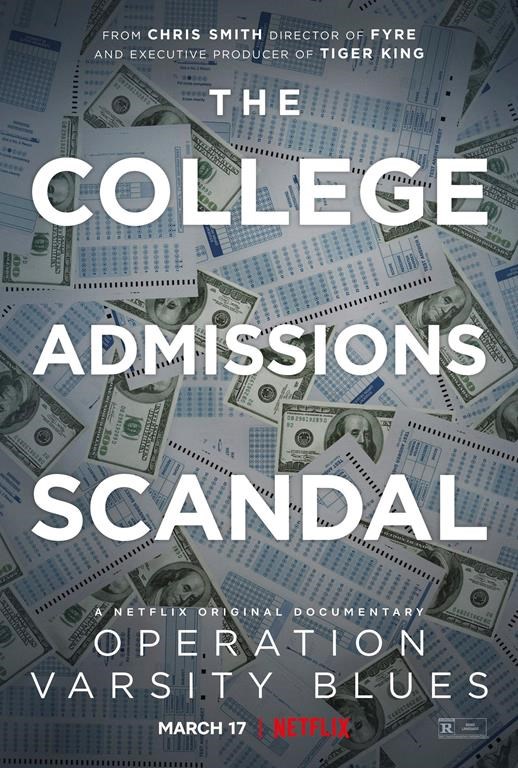 High school students work very hard to get into college, but for the past couple years, Rick Singer, a coach for college, has been taking the ‘side-door’ operation to get millionaire’s or even billionaire’s children into Ivy League schools. Netflix recently put out the documentary Operation Varsity Blues: The College Admissions Scandal, that entails the story of how to get ignorant high school students, children of millionaires, into college by photoshop, inaccurate testing, donations, and overall cheating. Over 33 parents paid Rick Singer top dollar to pass their kids off as star athletes.

Rick Singer was born in Santa Monica, California in 1960. He went to college at Trinity University in San Antonio, Texas, on a sports scholarship. After college he started his life. Singer would wake up every morning at four a.m. and go for a run. His friends reported that he got three hours of sleep at the top and would always be working non-stop. He claimed his business was a foundation called “Future Stars, Academic and Athletic Scholarship Services”. Many people used this and it was ‘popular’ in the day. Students said if you didn’t do it then you would have to worry about if you got in to where you wanted to go. It was almost as if you didn’t do it, you didn’t want to go to college. Rick Singer kept it casual by always wearing a sweat suit and carrying a backpack, keeping the profile that he was coaching kids to get into college. He was never very personal with the students, so the students never found out what he was doing, which made the parents happy.

Over the years his business name changed to “The Singer Group, Educational Counseling and Life Coaching”. Rick Singer fabricated students’ applications and donated the parents’ money to the colleges to then accept the student. This is called the ‘side-door operation’, which is highly illegal and fraudulent. Eventually Morrie Tobin, a Los Angeles financier, tipped federal authorities of Singer’s actions along with others who were a part of the fraud. Rudy Meradith, Yale’s soccer coach, also gave authorities information about Singer, in which Meredith said, “{…} and I’m happy to cooperate against him because I don’t want to go to prison.” Singer landed in Boston and got a text from Meredith asking if he had landed if they could meet up. He said yes, not knowing the FBI was behind the texts, not Meredith. The FBI took Singer to a hotel room, showed him the evidence they had on him, and he gave in to help the FBI get evidence to prove the parents guilty.

To this day, the 16 out of the 33 parents have been charged but Singer has not. Authorities said that Singer won’t be sentenced and charged until all the parents have been. This could take up to years for that to happen, so Singer is a free man, helping the FBI. Some of the college coaches have charged for conspiracy racketeering, owing money, and more. Colleges such as Stanford ended up $770,000 richer than they were from the parent’s side-door donations. This scandal was very unfair and people are not being treated fairly. “I think that based on that show, that parents always want to help you out and do stuff to make you more successful but bribing people and making it so you don’t have to work is wrong in so many ways. It just makes it look worse for those kids. Also there’s kids who work really hard to get into college for sports or academics and now we know we can just buy our way into having someone do it for us is just wrong,” said Logan Moser (21). In the end, many people are very angry because the money could have been used to send underprivileged children to college and say that at least some good came of the scandal, but that has not taken place. None of the students have faced charges but have been expelled and the colleges end up keeping the money as a donation.