March Madness comes to an end. Gonzaga takes a tough loss against Baylor. 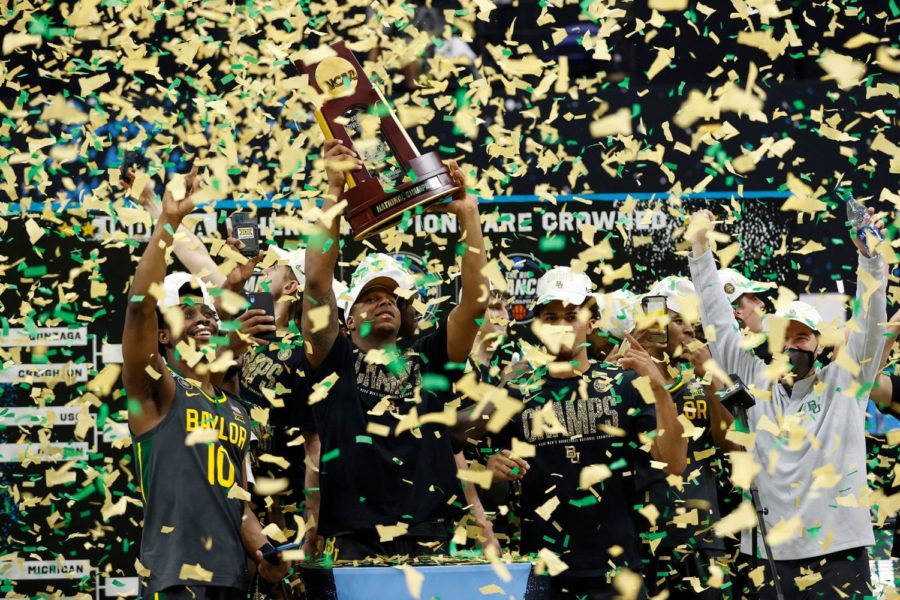 March Madness has come to an end and there were so many brackets destroyed early on in the event. People can create brackets by just printing off the brackets and doing them at home or you can submit a virtual bracket through the March Madness app. Baylor and Gonzaga made it to the championship and played a good game. With the score of 86 to 70 Baylor ended up taking the win and became the NCAA champions. Dirk Duncan (22) said, “For my bracket I had Baylor winning it all so that was a good thing for me. I feel Baylor won the game because they came out from the beginning and came out with a fast pace.”

Many people wanted Gonzaga to win and were surprised when they lost. Ben Richter (22) said, “I was shocked that the Zags lost, but it was a very entertaining game to watch. My bracket was busted once Illinois lost.” Baylor’s win brought them their first men’s NCAA championship and this championship appearance is their first since they were runner-ups in 1948.