The road to the Super Bowl

Good football is just another thing that can take up some precious time during the day. 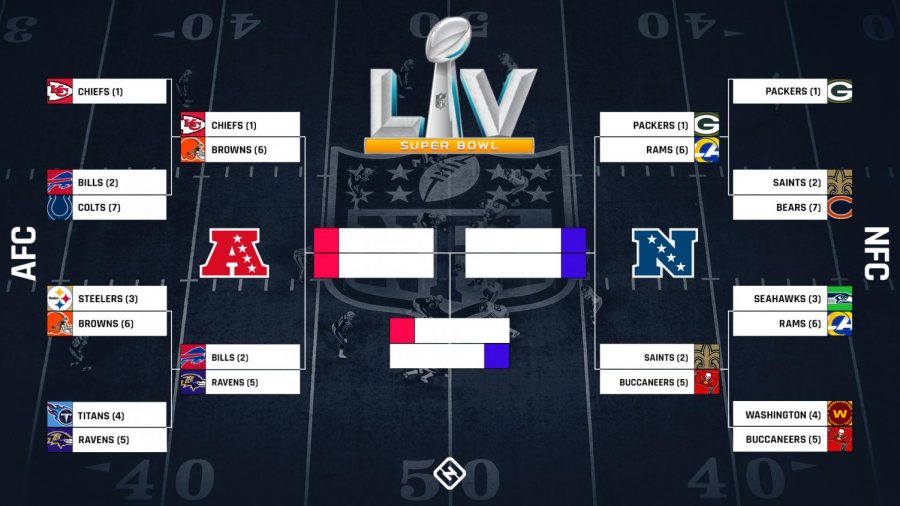 The National Football League (NFL) is one of the most watched sports of all time. This time of year is when the NFL games really pick up and get important. Almost 100 million people watched the Super Bowl last year, showing how big of a deal it is. With the 2021 Super Bowl right around the corner, NFL fans are invested in each and every game played.

The Super Bowl is being held on February 7th. So far in the playoffs, the Colts, Steelers, Titans, Bears, Seahawks, and the Washington football team have been knocked out. The final eight teams which include the Chiefs, Packers, Rams, Browns, Bills, Ravens, Saints, and Buccaneers are battling it out to win this year’s Super Bowl trophy.

Students at Eaton High School are no different. These NFL games are a common occurrence during the weekend for a lot of students. This, much like any other extracurricular activity, takes time out of the day. With school and a lot of the other activities that people are doing, this can cause some problems.

Green Bay Packers fan Caleb McDaniel (23) said, “Sometimes I lose track of time when I’m watching or listening to the game.” This is just one of the things these games affect. A lot of students are very busy, and fitting time to watch a whole football game means that it is fairly worthwhile in their eyes.

Student Aaron Lampe (23) said, “It’s hard to get stuff done because I save my homework for Sundays, and most of the games are on Sundays.” It is a matter of priorities, and a lot of students think that watching the games are up there on the top of the list. Even with the time it takes, watching the NFL games is a great way to relax, get competitive, or even just to have something to talk about with friends.