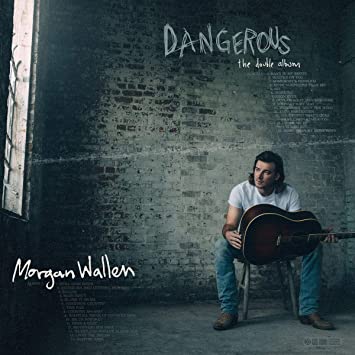 Country artist Morgan Wallen has finally released Dangerous: The Double Album on January 8th. Many EHS students have binged the album and have quickly fallen in love with the new songs. Brandi Griffin (24) said, “It’s amazing. My favorite song is probably Somebody’s Problem because he talks about helping a girl find herself, and it puts a smile on my face.”

Morgan Wallen appeared on season six of “The Voice” in 2016, two of those judges that had turned around were Shakira and Usher. Wallen then chose Usher and eventually was stolen by Adam Levine.

Wallens first debut hit single was The Way I Talk, which was released in 2018. Ever since that first single he has never failed to make a good song. Hailey Bangert (22) said, “His new album has many songs that I can relate to and is one of the many artists that talks about his personal life and brings it out in his songs. His music is something that a lot of people can relate to so it makes people want to listen, and it also creates a relaxing environment.”

So many people have enjoyed his music since he had released his first song, and just have never stopped loving it. Aralee Rinebarger (24) said, “Morgan Wallens new album is literally my new happiness. His music is always so much fun to listen to and it is always positive even when the words aren’t.”