D.C Riots lead to destruction in the capital building from a choice on whether to battle electoral college votes against Biden or not. 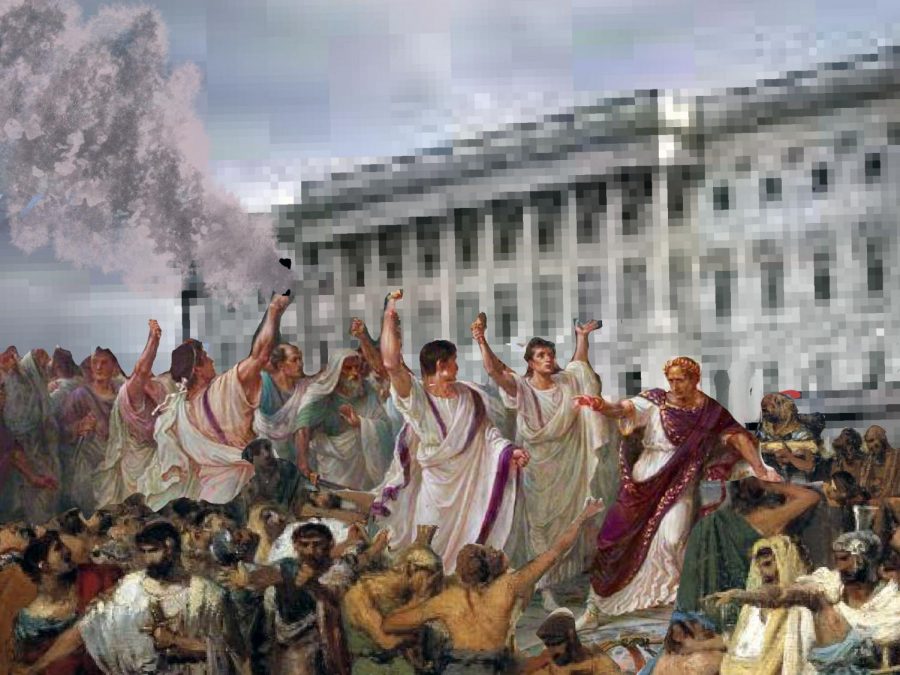 On Wednesday afternoon, a large group of Donald Trump supporters surrounded the U.S Capitol in Washington, D.C. Riots and protests lead to the evacuation of statehouses and lawmakers. The rioters were protesting congressmen trying to confirm Joe Biden’s Electoral College victory. The conflict arose as hundreds of people gathered in the state’s capital, Washington D.C, with citizens carrying guns and other weapons.

Eventually the group of Trump supporters broke into the capitol, passing the gate, and vandalized the interior of the national building. The protest continued and soon, the house floor was evacuated by police. Mike Pence, the Vice President of the United States was evacuated from the chamber as he was making a decision to battle the electoral college votes. Eventually, declining the offer to battle the votes, declaring Biden as the winner of the presidential election.

Shortly after, President Trump posted a video on all social media platforms telling his supporters to go home, and not to riot against the law enforcement they should be protecting. On the opposite side, Biden posted that he is saddened by our nation going into another dark moment. Soon Trump’s Twitter account was suspended permanently, according to CNN for inciting risk of further violence, violating Twitters community guidelines. Nikki Haley replied on Twitter saying, “Silencing people, not to mention the President of the US, is what happens in China not our country.”

According to Fox News this chaotic protest ended with five people dead, 70 arrested, and 14 officers wounded. After all of this some Republicans are not in favor of Trump anymore and many people are advocating for impeachment on Trump, so he will not be able to run again in the future. Some of society is comparing this event to 9/11 from the amount of destruction done to one of the government’s buildings, and calling the Trump supporters “domestic terrorists”. As the Trump supporters said, “ We will not be silenced.”

As America is going through a lot and it is important to remember the country is called the United States for a reason. “Other countries may see that we aren’t as strong as we think we are,” said Brenda Fisher, an Eaton local. As people gathered from everywhere in D.C, a man from Florida was arrested for taking and posting a picture of Nancy Pelosi’s lectern. The FBI is now offering a $50,000 reward for the persons responsible for the pipe bombs in the Democratic National Committee and the Republican National Committee headquarters.

For the Federal Government, there could be changes in the future for security and tours. But other than that it was just a protest. Peter Mongan (22) said, “I don’t think there will be any impact, I think they saw this coming and it’s just something that the U.S will have to endure.” After 9/11, the capitol added stronger security and probably will after this event too. This day was truly a low point in our nation’s history.