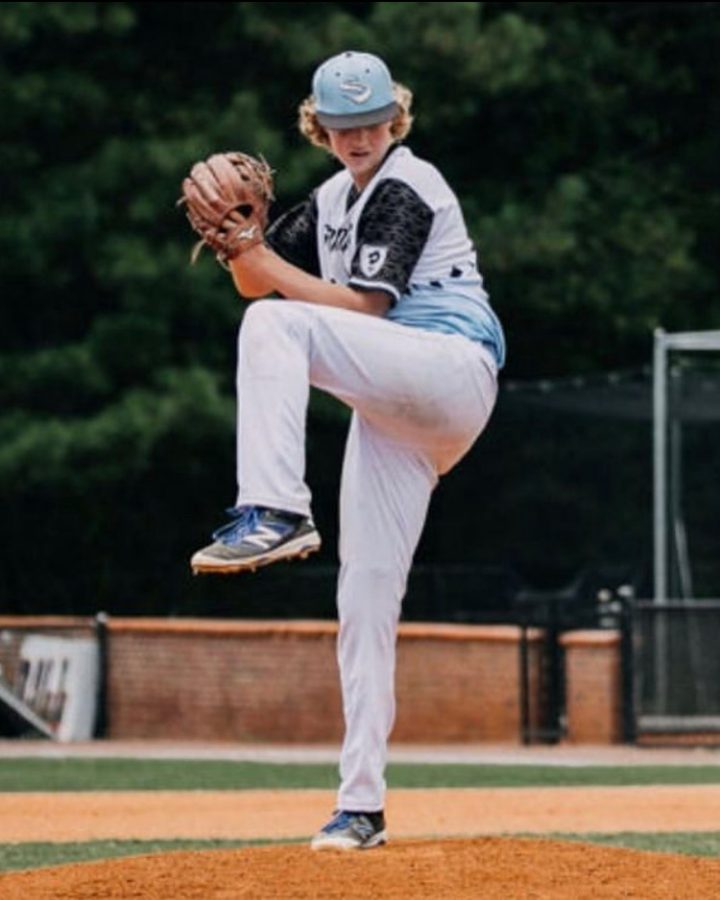 The NCAA (National College Athletic Association.) has thrown so many different rules at coaches and athletes this year. Because of COVID-19, the dead period has been pushed back three times and now it is pushed to April 3. The dead period and the contact period is very crucial for the recruitment process. They work in harmony and once one of them is tweaked they will suffer significantly. Many of the student-athletes at Eaton High School have had to work around the dead period to get exposure to different college coaches. Working around the dead period is no easy task, and some athletes at Eaton High School have had to deal with it as they are on the road to commitment.

Throughout the long year, everyone has had to adjust schedules, work through challenges, and walk around all the negative to keep everything somewhat in check. Tate Smith (23) is a two-sport athlete at Eaton High School. Smith participates in football and baseball and plans on playing college baseball in the future. Smith’s height (6’5) helps him reach speeds of 89 MPH on the pitching mound.  Social media is a huge tool to promote athletes as colleges post updates on programs for possible recruits. Smith said, “I use Twitter to promote myself. “I retweet things that are said about me by coaches in hopes that college coaches will read it and show further interest in me as an athlete.”

Rules differ from sport to sport as baseball athletes are allowed to initiate calls with coaches but not vice versa. On June 15 after Smith’s sophomore year, coaches can initiate calls. Smith said, “Phone calls can be very deceiving because you are trying to get to know the coach and their personality purely based on listening to their voice… my club Slammers and my head coach Todd Herandez for highschool ball help me with scheduling phone calls with the colleges.” Typically going to tournaments down south in places like Alabama, Georgia, and Florida is something that Smith and his team do every summer to promote themselves live to colleges and coaches, but because of COVID-19, restrictions have been set in place that makes it difficult for Colorado athletes to get to states where they can play in showcase tournaments. Something called PBR (Prep Baseball Report) 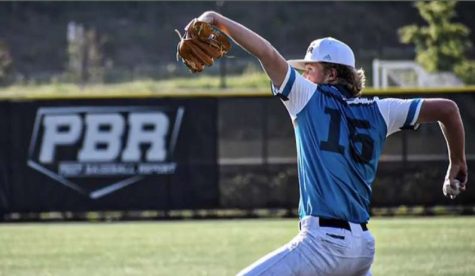 is an organization that helps baseball players create a relationship with colleges and creates profiles with important information on the athlete. Smith said, “PBR has been very helpful during the dead period and I am very thankful to be a part of it. As of December 7th, Chsaa made the announcement that season B and C sports are going to be further delayed, season B starts January 4th, C sometime in March, and season D will start in April now. So, with the changes in season D, this will affect high school baseball for Smith. With colleges still being on the lookout for 2023 recruits, it is vital that athletes are getting as many opportunities to showcase their skills in live games as possible.

Without a doubt getting attention from college coaches is one of the hardest parts of recruiting let alone during an extended dead period. At times, it may feel as if it is hopeless because of NCAA restrictions. Smith said. “To any young athletes that are trying to get recognized, I can’t emphasize enough how important it is to send persistent film, sending a new highlight reel at least every two weeks.” Staying on the college’s radar is vital for when they can finally initiate the first call. The recruitment process can get very long and tedious during the dead period for both the athlete and the coach. Smith said. “Trusting the process during this tough time has been crucial for my success.” That goes with everything in life, trust the process, life throws unexpected curveballs especially 2020 but rolling with the punches is so important.