Football executes a 28-0 win over Brush 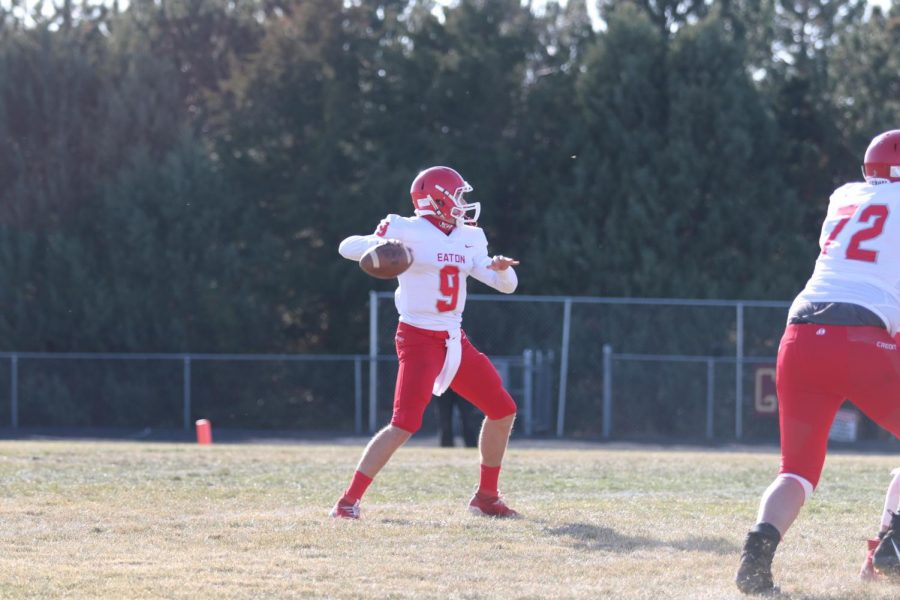 The Reds football team traveled out to Brush to battle the Beetdiggers during their fourth week in the 2020 season.  The Reds produced strong advances down the field leading them to victory with four touchdowns to the Beetdiggers zilch.

“I think as a team we came out with more of a sense of urgency than the Sterling game,” quarterback Scott Grable (21) said.  Grable passed 168 yards to assist Eaton in its victory.

Seniors Gage Butler (21) and Juan Maravilla (21) both earned a touchdown, and junior Ethan Florez (22) had a total of two touchdowns.  One interception was made by Dirk Duncan (21).

“I’m happy, but I am not satisfied.  We need to be better at certain aspects, but I am happy,” Head Coach Zac Lemon said.  “Defense needs to keep playing well and getting turnovers, but the offense needs to take care of the ball more, get less turnovers, and make more explosive plays.”

Eaton’s football team will head to Severance’s turf as their fifth week of the 2020 football season match-up.  Following Severance, the Reds will battle Platte Valley on their home field – hoping to earn a spot in the playoffs.