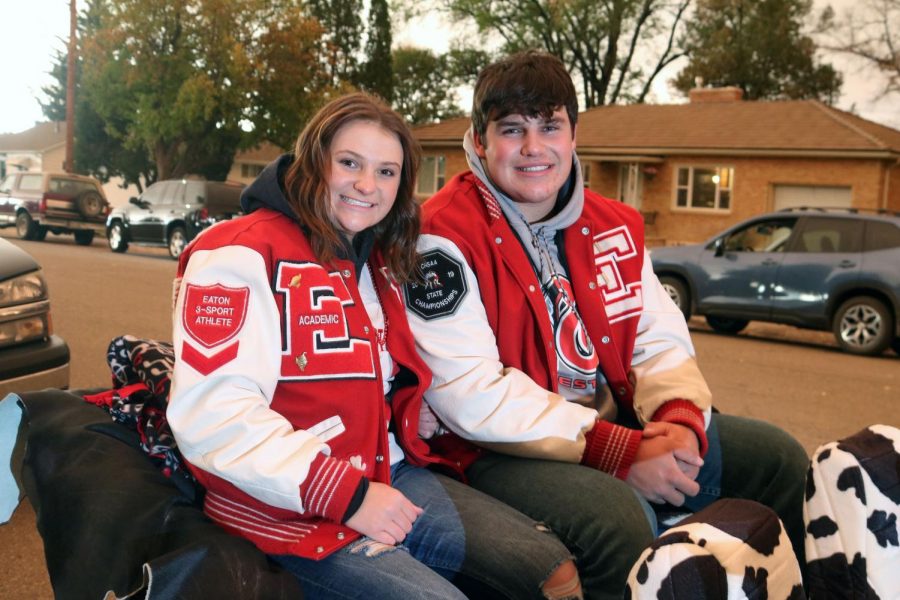 Homecoming 2020 looked a little different this fall but nevertheless, it was still a success. To start off spirit week, students got their beachy vibes on and showed their school spirit on beach day. With the cool fall weather Colorado has been experiencing, a sprinkle of summer really lightened up the mood.

On day two, students really “scored” by wearing a jersey representing their favorite sports team. Seeing the variety of jerseys throughout the school was super cool, seeing the rival teams talk about which team was better sparked game day energy for the upcoming football game on Thursday.

Day three, college day! Students either dressed up in their favorite college attire or dressed up as a frat boy. To say the least we saw many “Brads and Chads” repping the frat boy outfit. Many would argue that this was their favorite spirit day but, let’s leave that up for further discussion.

Game day landed on day four. Students showed their school spirit and dressed up in their favorite Eaton Reds gear to show their support for the football team that would face Fort Lupton later that night.

To get in the game day spirit the annual homecoming parade was hosted after school. Several floats were made to represent different clubs, teams, classes, and festivities. Later that evening the boys were ready to roll and start off the game.  Kylie Schumacher (23) said, “The game was super cold but I had fun with my friends and watching the game. Game days are always so fun especially when it’s homecoming.” The boys won 55-0 on the cold Thursday night.

To wrap up the eventful week, the last spirit day was pink day to spread awareness for breast cancer. The students cared deeply about the cause and the outcome was amazing several students and staff members sporting their best pink attire. Seeing the thought and time that was put into pink day truly shows what it means to be an Eaton Red.

Hopefully next homecoming season, everything will be back to normal and EHS will get to celebrate with a dance and normal festivities. But, problem solving took place to figure out how to make homecoming work this year and it was a success.