The real relationship between dress codes and mental health 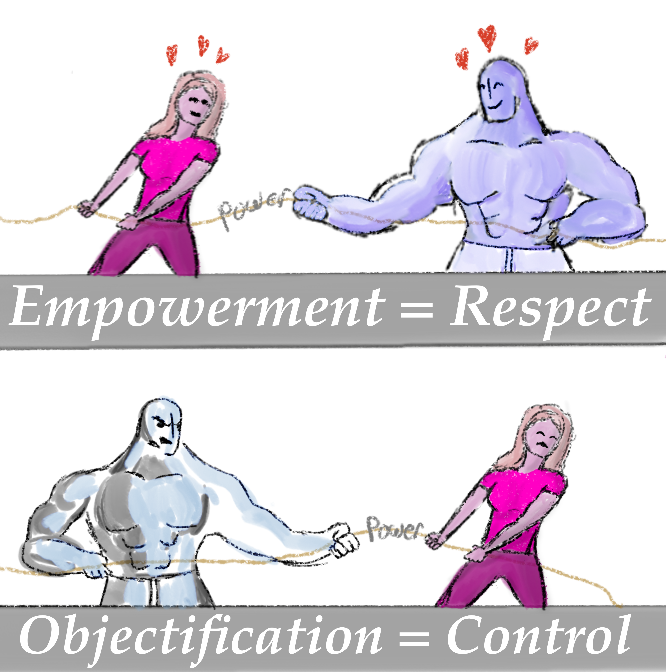 “Dress codes are meant to create safe, positive learning environments in schools, but too many of them have the opposite effect, shaming students, robbing them of instructional time, and disproportionately targeting female students” (Cult of Pedagogy). Eaton High School’s dress code and the regulation of it has been a hot topic since school began in August.

Though there is a policy outline in the handbook, enforcement has been inconsistent. The motive behind a school dress code is to maintain a professional working environment, which can be achieved by regulating every handbook dress code rule, not just “no stomachs and no butt”. That includes clothing that refers to drugs, profane language, sexual content, pajamas/slippers, and hats/hoods. While this may not be the intention, only enforcing rules directed towards teenage girls is harmful.

Ashtyn Black (23) said, “It is unfortunate girls are shamed for their clothing in today’s society. Boys are never dress coded for their short shorts, while girls are.” Failure to comply with the dress code seems to be the biggest disciplinary issue this year. The idea “the girls must cover up” is reiterated by advisers consistently. By re-evaluating their method of regulation, the staff can prevent conveying inherently misogynistic ideas to the student body and gain respect from young adults.

How does shaming a girl’s clothing affect her mental development?

A poll taken by 402 Eaton High School students showed 76% believe restrictive dress codes leave a negative impact on girls’ mental health. Former Red Ink Editor-in-Chief and Eaton alum Noelle Meagher said, “At school, the staff reiterates positive self image, confidence, and taking care of your mental health. If the dress code isn’t addressed evenly and kindly, how do they expect female students to achieve confidence?”  The traditionally sexist idea that women are objects is mistakenly reinforced by adults. This is because society conditions men to objectify women, whether they intend to or not. Autumn Hockley (24) said, “Objectification is a hard hitting issue in schools, and it affects young women the most. When it is very hot, and you’re asked to cover up, it is very frustrating. For us to be told it distracts the boys is absurd; we are the ones being distracted. We have to make sure everything is the right length while hoping we don’t get pulled out of class. It is an unfair system that sets women up for failure. Empowerment, on the other hand, is women gaining the ability to challenge and combat their oppression. It is about changing the system’s institutions and mindsets towards women in the business and education world. When a man accomplishes something, they are not questioned about how hard they’ve worked or what they’re wearing.”

Mariah Noonan (22) said, “I think the way some teachers enforce dress code makes girls think boys only want them for their bodies.” Fostering an environment that encourages objectification is harmful to both boys and girls. Likewise, boys do not deserve to be treated like children.

Meagher said, “I think it is a double standard on both ends. Boys shouldn’t have to take the blame for a rule that oppresses their classmates.” Not holding boys accountable for their own actions and criminalizing them is wrong. As young men, respect for their female peers should be taught no matter what they’re wearing.The student body believes the current dress code is not effectively regulated.

Miranda Crisp (21) said, “I don’t believe it’s effective because it inherently teaches young girls they will always be objectified. It is not hard to teach boys to hold themselves accountable.” Compliance with rules is more likely to be achieved through trust and respect.

By giving the students reasoning for regulations, maintaining healthy student-teacher relationships is achievable.