Colorado High School Athletic Association has announced that all spring sports and activities will be suspended until April 6 to prevent further spread. The basketball state competition held on March 12-15 only allowed four fans per player, and then shut everything down before the Final Four. Other than that essential personnel only. Track, baseball, tennis, boys swimming, and winter guard will be postponed until the three weeks are over. This means the athletes will not have practice or games until the suspension is over. 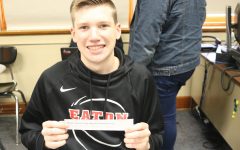