Adolescence should be time to develop good boundaries, parental trust 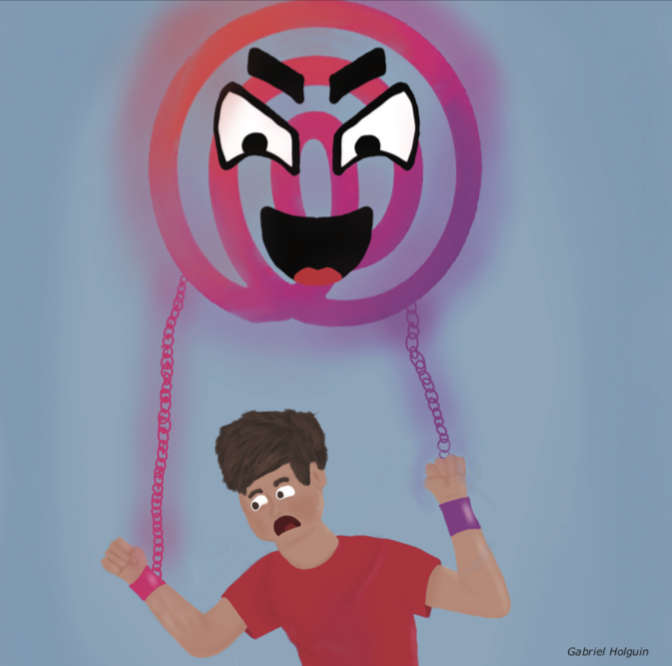 Life 360 is a quickly growing app for tracking family members, but it is also the catalyst for parents to track their teens in more invasive ways than just digitally. This program allows parents to helicopter their children via an app that can access location, battery percentage, crash detection, speed acceleration, and phone usage. Children enduring parental constraint is a result of the generational disconnect from Generation X to Generation Z.

Children born in Generation Z are subjected to face tracking, monitoring, and vague, unestablished boundaries. On the other hand, children born in Generation X were allowed to enjoy being a teenager without being watched from home. Now, these same “90’s kids” are the parents of modern teens, and they’re abusing their access to technological advancements their parents never dreamed of. An important step in adolescent development is establishing trust between parent and child. Life 360 doesn’t allow children and young adults to prove their reliability.

High school students are young adults learning to function in the real world and should be treated as such. But, Life 360 never allows a kid to “leave home.” In fact it could be considered a “life sentence.” Before digital monitoring, people under 24/7 surveillance were legitimate prisoners.

While many claim to utilize this app for the safety and protection of their children, it encourages teens to find loopholes and ulterior strategies. Teens will leave their phones behind to sneak out, leaving them with no source of emergency contact. They can also lock their location by turning off data and wifi or logging into their Life 360 account on a computer at home. In a mobile world, kids need to be exposed to independence so they can practice it. Modern-day parents seem to think the magical age of maturity is 18, which is not the case at all.

Life 360’s business statement, “Life 360 brings your family closer with smart features designed to protect and connect the people who matter most.” disregards the child-parent relationship that is disconnected through their application. If an adolescent is raised in a micro-managed home, the day they wake up 18 years old won’t change a thing.

Trust and mental maturity is a gradual process. While children and teens are bound in the shackles of an app restricting their freedom, parents are convinced it ensures safety for their children. Constantly checking their child’s location can become an obsession.

The severity of child monitoring will continue to expand as innovative technology does.

The dangerous conception minors are not to be trusted will have a lasting effect on their development. Sheltering a child until they are a legal adult is like not letting them near the water and on their eighteenth birthday expecting them to know how to swim.