Major League Baseball, Baseball, Hockey, and Soccer as well as college basketball and many more have taken precautionary steps to help prevent spreading. NBA, NHL, and MLS have suspended the season until further notice as athletes contract the virus. NCAA has canceled the March Madness Tournament completely, causing an uproar throughout the nation. MLB has been postponed its season by at least two weeks. News national sports are attempting to prevent fans and players from succumbing to the sickness. 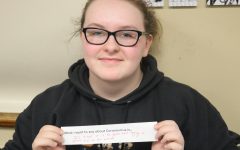 Is it real or is the government trying to strike fear in the nations?”