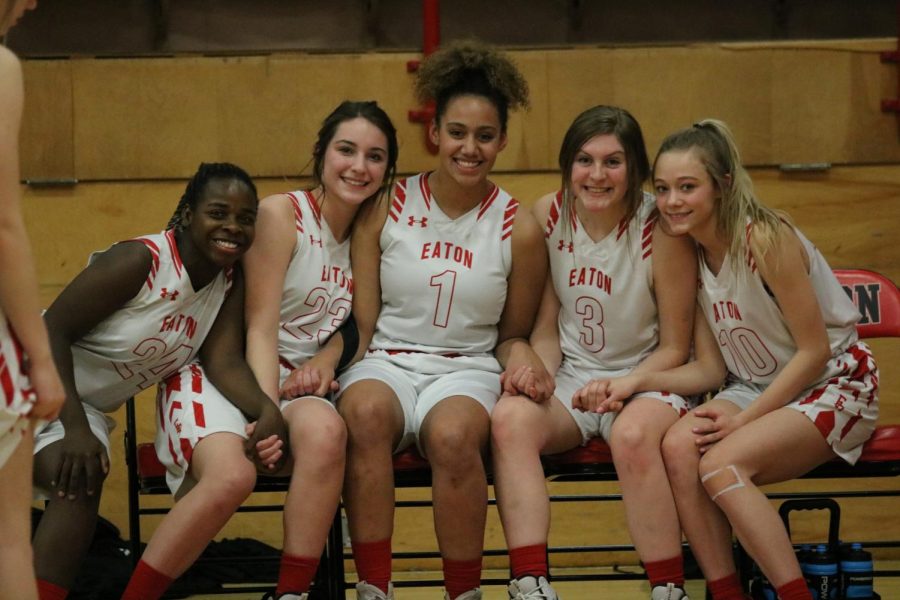 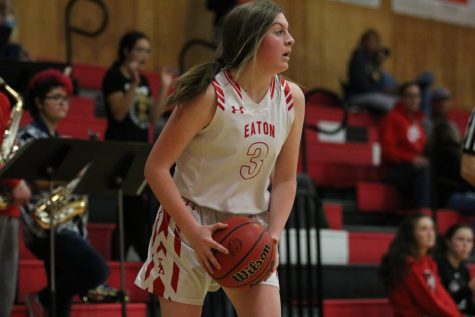 This triumph on senior night, along with many others, has allowed the Reds to be seeded second in the Patriot league. Taking opportunities, owning the floor, and dominating their competition has become a routine for the Reds. Before their match, head coach Todd Hernandez said the girls have grown this season. “Some strengths we have are having pretty team chemistry. We have been shooting the ball well and have been doing a nice job of lifting turnovers,” he said.  Beyond doubt, the team has shown Coach Hernandez’s statement to be true.

In the game against the Wolverines, junior Nakaiya Kuskie scored a total of 21 points, half of them being three-pointers. Another 12 points were scored by the combined efforts of seniors Mady Bruch (20), Addie Randel (20), and Keleigh Williams (20).

The seniors took the floor in their last season at home, and at halftime were honored during senior night.

Hernandez said he wants to ‘push the pace’ on offence and ‘apply pressure’ on defense. This will be especially important when facing larger teams.  “In terms of weaknesses, we aren’t a really big (tall) team so we have to really work to rebound. If we can do these things I think we have a shot to get back to state.”

Hernandez said that his major goal is to keep improving. “Our goals are pretty simple,” he said. “We just want to get 1 percent better every day and do the little things well. If we do that, and trust the process, the results will take care of themselves.”

From strengths to weakness, from seniors to freshman, the Eaton High School’s girls basketball team has grown, and if the victory against Frontier is a glimpse of what the Reds have in store, then state is tremendously achievable. The girls will take on Platte Valley on Thursday, Feb. 25 to begin their journey