Reds Sending 8 Wrestlers to State After Taking Second at Regionals 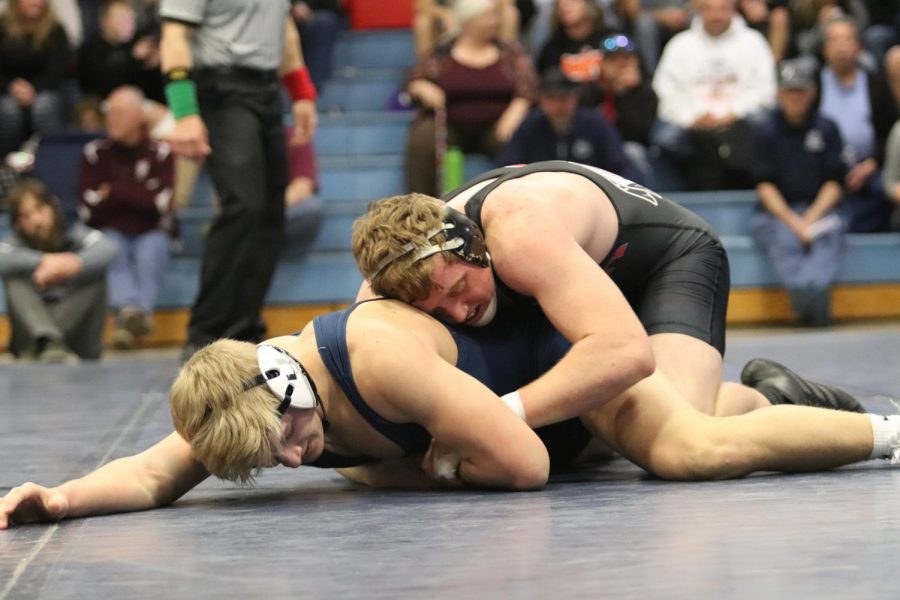 Eaton Wrestlers are preparing for State after a successful regional tournament at Platte Valley.  The Reds placed second at the Northern Regionals tournament on February 14-15 giving a one-way ticket to state for eight wrestlers.  Eaton wrestled schools from all over the northern district including Platte Valley, Sterling, Valley, University, Estes Park, Brush, Strasburg, and Severance.

The Reds placed second with 186.5 points, closely behind Valley scoring 209.  Dakota Powell (20) got first in his weight class, winning his first match by pin and last two matches by points.  “My favorite moment of regionals was after my finals match going and celebrating with my team and coaches for a little bit.  I went over and gave my coaches, and some teammates, a hug. Standing on top of that podium was kind of a new feeling and kind of cool,” Powell said.

Logan Bean (20) placed third in his weight division.  Bean won his first match by pin, lost his second match, then won his third match by pin.  Bean then pinned a University Wrestler to take third place. Reflecting on Regionals, Bean said, “My favorite moment from regionals was placing to qualify for state and when Dakota Powell became a regional champion with a sweet takedown at the end of the match”.

Many preparations are being done this week to prepare for State. “I am resting my body.  I have been going hard all year and need to recover and make sure my body is 100 percent healthy, so I can perform at my best,” Powell said.  The Reds will be at the Pepsi Center in front of hundreds of people fighting for the Championship title this weekend.