Eaton Wrestling Team Leaving it all on the Mat 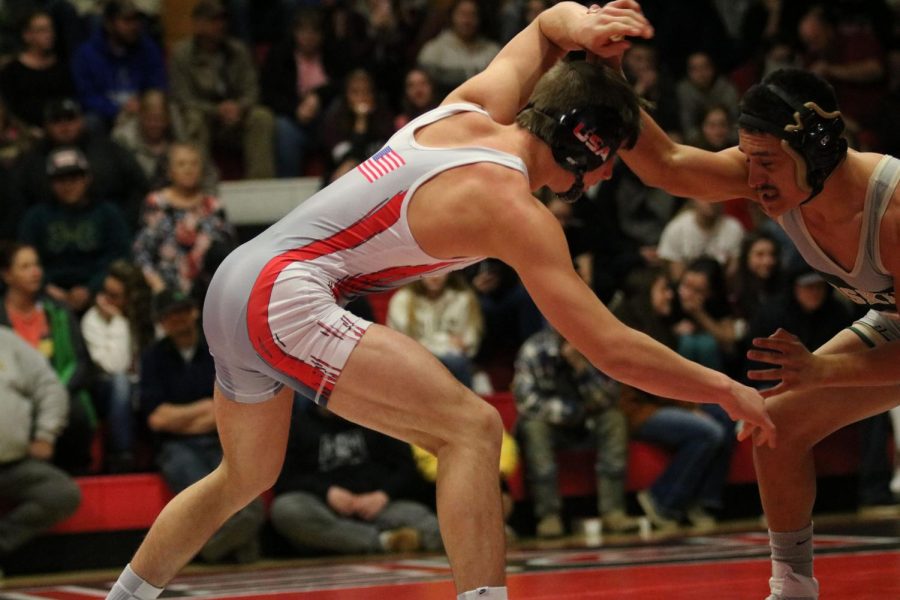 The Eaton Red’s Wrestling team has been practicing since December and the improvements can be seen on the mat.  The team has had duals against Estes Park, Lyons, Riverdale, and Highland.

The wrestlers have set high goals and want to accomplish even more since state is approaching quickly. Morgan Tribbett’s (23) goals for this season are “to own the mat every time I wrestle and to mentally and physically break my opponent every match.” Tribbett did exactly this when he won his match at the Highland dual.

Along with Tribbett, Armando Munoz (20), Tanner True (21), Morgan Tribbett (23), and Ryan Dirksen (22) scored 6 points each for the triumph over the Huskies.

Ryan Dirksen (22), who wrestles at 145, said, “I want to be better conditioned than everyone and stay on the right road for state wrestling. I expect for each wrestler to give it there all every day in practice, as well as leave everything they’ve got on the mat after competition.”