A night for the seniors with a splash of drama

Leah Fetzer and Emma Bjork celebrated at seniors night, Kati Conway suffers injury to her back. 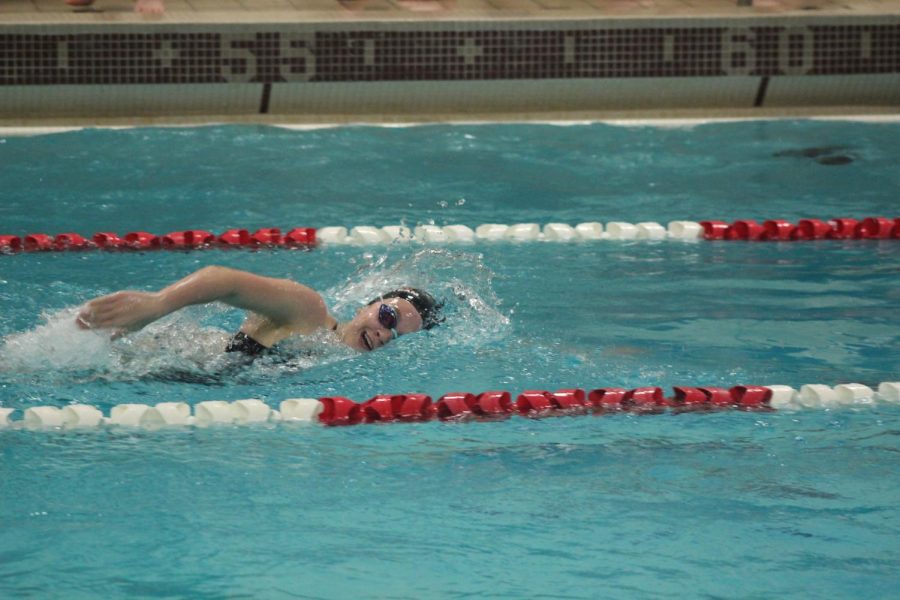 The Eaton High School swim team took much pride in celebrating this year’s seniors, including Leah Fetzer (20) and Emma Bjork (20) on January 23. Many triumphs occurred over both the other team and personal struggle.

During warm up, only a few minutes before the meet began, Kati Conway (22) suffered an injury to her back in an effort to accomplish a challenging reverse 1 summersault. Due to this, many of the other swimmers on the team were worried for their teammate, and carried that with them throughout the night. However,  coach Hattie Carelson said, “I was extremely proud of the way the team persevered.”

By the end of the night Lexi Brunt, Emma Bjork, MacKenna Dalton, and Molly Koslosky emerged as the winners of their events. Despite the drama of the injury, the night was still one of celebration. At this meet, the two seniors were recognized for their hard work and dedication to the team with a heart-warming ceremony.

Seniors Bjork and Fetzer were asked to stand on the opposite end of the pool so that each person on the team could give them a hug and wish them the best. At the end of this  line, the seniors’ parents stood to offer hugs and flowers. Fetzer said, “Hugging everyone was my favorite part of the night.”

As the season comes to an end, swimmers eagerly anticipate both relays and state meets. As the relays approach, Bjork said, “The relays are one of the funnest meets of the season.” The relays will be held on January 28.