Boys focus in on having installation in and being prepared 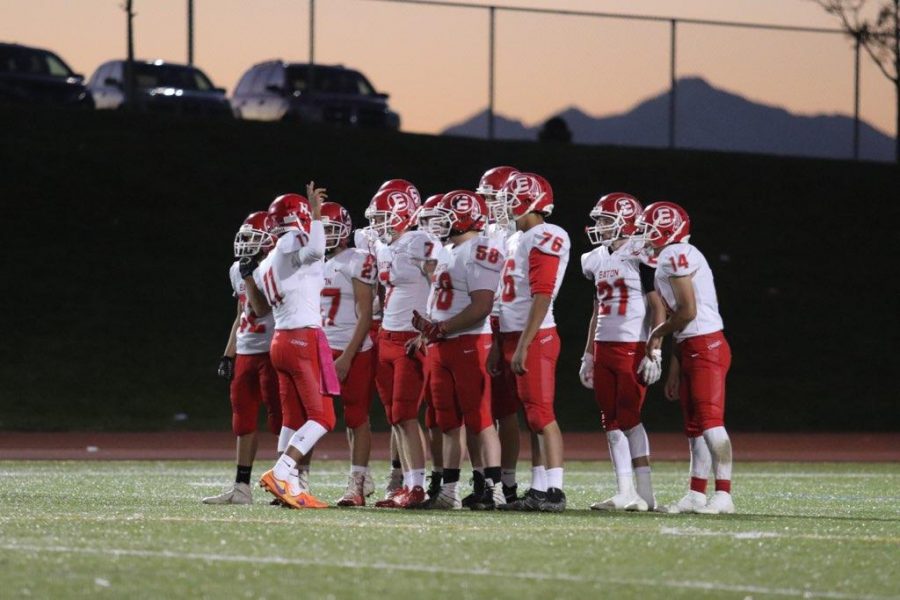 The Reds end their 2018 football season at a record of 6-3 as the sun goes down.

The Eaton Reds varsity football team finished last year with a .600 win percentage and a record of six wins and four losses and now look forward to getting started on their 2019 season.

So how do they do that? Head coach Zach Lemon said, “Same thing we always do, just make sure we have all our installation in, make sure guys are prepared mentally, physically, conditioned, strengthened. Really so we can just play with confidence.”

Lemon said their biggest opponent will be themselves and they need to be ready for football. Lemon said, “So it doesn’t matter who our opponent is as long as we know what we’re doing we’ll be in good shape.” Lemon said they feel like they are a top five team in the state, and they know they always have a chance for a championship.

The Reds’ biggest challenge this year will be in depth of players they have. Starter, Tanner True (21), said, “A big challenge for us is going to be having guys who can sub in for starters to give them a breath.”

For the first game of the season the Reds take on the Sterling Tigers in an away game September 6 at 7 p.m. Going into this game the Reds will have to make sure they execute at each position well. “We can’t beat ourselves–make sure that we don’t make those big mistakes that could hurt us, don’t turn the ball over and just play well,” Lemon said.